Hades is a magnificent game. You’ll be amazed by everything from the room design to the individual differences between the blessings of each God and the weapon effects – Hades never fails to look great!

Along with the beautiful backgrounds are, of course, the character portraits. Each and every character in Hades looks and sounds completely unique.

You build relationships with the different characters and gods as you play and engage with them. You’re also able to gift characters the items you find in your journey. This is not purely an act of kindness, you’ll see that your rewards will come in due time.

This works similarly to some dating simulators we’ve played over the years. But these characters jump out on the screen mostly with their traditional personalities depicted so finely and without cliché.

Megaera is one of the three romanceable characters in Hades. Her buttery voice and dominant demeanor are enough to whip all of us into submission.

In this Megaera Hades guide, you’ll learn how to defeat Megaera in battle and romance her afterward.

When you are hustling your way out of the Underworld, you may not have enough time for long reads.

Here is a shorter alternative to unlocking Megaera’s romance.

How to Defeat Megaera

Megaera is the first big boss of Hades. Although the fight is not complex, it is one of your first encounters. That’s why you might have a hard time getting through this Fury.

The truth is that it is the nicest Fury of all and is the one you always want to get (also because it is the easiest). The other two are more complicated and more annoying.

Where to Find Megaera

You will find her at the end of Tartarus guarding the Asphodelos gate, the next area. In the beginning, Megaera will always appear as the final boss of Tartarus. Still, when you progress a bit through the game, other bosses may also appear in her place: Tisiphone and Alecto.

When you have advanced a bit in the game, there is a 33% chance that Megaera will be the boss you will get in Tartarus (the first zone).

These are Megaera’s attacks and how to counterattack her:

When you see Megaera stop and crouch, after a short while, she will make a charge in the direction she is facing. You can easily dodge with the dash. The idea is that after dodging the charge, you run towards her, hit her 2 or 3 times, and separate from her quickly to avoid receiving an attack.

When you are close to her, she will often perform an area attack around her that you must avoid at all costs. This is why you should only attack her for a short time. If you go with a melee weapon and attack from a distance, you won’t have this problem.

From time to time, Megaera will summon enemies, which are usually mages or those sucked monsters that you have already seen in Tartarus.

My advice is to focus only a little on them. Instead, focus more on Megaera, but from time to time, you kill some that you do not want to accumulate.

An attack in which several circles will appear on the ground where Zagreus is that will explode and damage you if you are in his area.

Simply dash to get out of the circle. When the circles are not where Megaera is, take the opportunity to hit him. Be careful because more circles will quickly appear again where you are and you’ll have to move away.

Megaera will start to throw balls in all directions while she is still standing. Focus on dodging them until she stops. The shield is handy here because you can cover yourself, and it will be straightforward to avoid damage.

Another thing to remember is that when you reach certain health levels, you will get a shield that will immunize you from all damage for a short period. At this point, you should stop attacking. The shield is easy to see.

Here are some tips for this battle:

How to Romance Megaera (and get her Keepsake and Companion)

Megaera will not only be one of the first bosses in the game. You can meet her many times in the canteen. She will have quite a few dialogues with you, and in the first few conversations, she is rather cold and short.

Remember to give her the Nectar for the first time to get her Keepsake. Afterward, you will have to progress through the story and complete her favor.

After that, she will give you a dialogue saying that she keeps stopping you only because it is her obligation. After that, you will be able to give her Ambrosia and unlock her unique romance dialogue. In short, these are your steps:

Step 3: Unlock her Keepsake with the first Nectar: Skull Earring

With Skull Earring, you inflict more damage when your health is below a certain %.

If you are bold enough to risk lowering your HP below 30%, this is a magnificent keepsake to carry in your pocket.

Here’s a quick guide on how to defeat Megaera’s sisters and unlock her favor:

Alecto is very similar to Megaera but a bit more rigid. Luckily, she’s usually easier to defeat because we’re much more familiar with this type of boss when she appears. I mean, think back to the number of times you died (of could have potentially died) when defeating her first sister.

Alecto’s physical attack has less range, but she is also usually equipped with a shield that protects her quite a bit. In the same way, seeing circles on the ground means you have to dodge, although these, instead of following you, tend to be more specific.

What could easily hurt you are the spinning saws that she throws from time to time and that you must avoid, as well as the minions she spawns.

In general, the strategy is the same as with Megaera. Except when she goes into a rage, it is better to be a little more offensive because she will not return to normal if you do not finish her. A bar will pop up and show when she is reaching this state. Make sure you keep an eye on it.

Not only is Tisiphone’s appearance more disturbing than the rest, but she is also the most dangerous. She doesn’t listen to reason, and her only desire is to finish you off. It is a very fast-paced combat, but if you have overcome the barrier of one of her sisters, you have got this one covered.

She tends to use patterns more similar to Megaera than Alecto. She’s rushing you and attacking you with lightning from a distance. However, bringing her down fast is challenging because she doesn’t stand still.

So what do I recommend? Attack from a distance until the stage changes. It’s getting smaller and smaller, so ranged action will become melee eventually.

This can be an advantage and a disadvantage because it is also easier to keep her close. It is imperative to keep an eye on the circles on the ground because she takes them out all at once and several in a specific area.

Later on in the game, you will unlock Extreme Mode, in which you can face all three simultaneously. (For masochists only)

Step 5: Give her Ambrosia Repeatedly

She’ll scold you for contraband, but she’ll love the gift nonetheless. So make sure you do your best to farm Ambrosia and give it to Megaera whenever possible.

With Battie, you make a row of circles of darkness appear, damaging all enemies within range.

You unlock Battie when you improve your relationship with Megaera. Specifically, after the first Ambrosia you gift her.

Step 7: Make the decision to accept it as a relationship or stay friends

It’s your call. But since you came this way, you could give this Fury a try.

Question: Which Characters are Romanceable in Hades?

Answer: The only characters you can romance in Hades are Megaera, Thanatos, and Dusa.

Question: Can you Romance More than One Character in Hades?

Answer: Zagreus may have an affair with Megaera or Thanatos or… both. If so, Zagreus will tell both parties to find out if there’s a problem.

Thanatos and Megaera know respect and like each other and have no issue with the situation.
With Thanatos, there is a lot of emotional connection. Megaera brings more passion into the relationship. Two relationships and two very different personalities complement each other in a beautiful non-monogamous relationship.

Question: How Can I Farm Nectar and Ambrosia?

Answer: Nectar and Ambrosia are two of the items you’ll need for romancing Meg. Here’s how you can get them:

You can get Nectar by entering the doors with the Nectar symbol and passing the encounter (a symbol like a bottle with yellow-orange liquid).

To get Ambrosia, you’ll need to defeat Theseus and the Minotaur and collect a bounty or get some prophecies from the Fated List of Minor Prophecies done.

Don’t be fooled by Meg’s cold-hearted demeanor. As you get more intimate with her, you’ll soon begin to uncover how much of a wonderful person she is. Though initially, her goal is to prevent you from escaping the Underworld, Zagreus will quickly win her over to his side.

Who knows? You could even go the extra mile and start going out with the Underworld’s hottest Fury.

You did murder the other two, to be fair.

It is nice that a game explores so many different relationships in such a healthy way. They don’t end badly, there are no romantic dramas, and they don’t dismiss characters of different sexualities.

But most of all, everything unfolds positively through communication and empathy, facing the mistakes made. Hades is an outstanding game in almost every aspect. Still, this one can be easily overlooked, and we should celebrate. 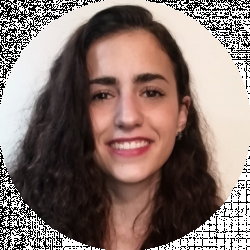