Rocket League took the industry by storm when it launched in 2015, and its popularity shows no signs of waning.

I’d argue that a large part of the game’s success is due to its initial focus on cross-platform play or ‘cross-play’.

Rocket League boasts a wide range of supported platforms, and you can play with your friends no matter which system they play on. Here’s a Rocket League Cross Platform Guide with everything you need to know to make the most of Rocket League’s cross-play features!

Does Rocket League Have Cross-Play?

The answer is yes: Rocket League is one of the strong pioneers of cross-play since 2019. You’ve most likely heard the term batted around if you’ve played the game, but what exactly does it mean?

The premise of cross-play is simple: it is the ability to play a multiplayer game with players who play the same game but on a different platform to you. This could be PC players playing with Xbox players, Play Station with Nintendo Switch, or any combination of systems supported by the game.

It’s worth noting that the game is available for PC on both the Epic Games store and Steam, and players on either software platform will have no problem playing together either. Ultimately, no matter what platform your friends are on or where they are, you’ll be able to play with them (the game even supports local split-screen co-op).

How to Enable Cross-Play

Thankfully, Psyonix has made it easy to get going with cross-play in Rocket League.

The feature won’t be enabled by default. Instead, the game will automatically match you with players on your chosen system. The first step in enabling cross-player is to head to the settings tab from the main menu. From there, simply select “enable cross-play”.

Meeting your friends in the game requires a few more steps, but it’s simple enough.

1. First, open your friends’ list. You can get there by pressing the back button if you’re on a console, or by clicking the friends’ button at the bottom of the screen if you play on a PC (circled below).

2. From here, you’ll need to add your friends using your Epic ID (this is the user name login you created when you first launched the game). Select add Epic Friends and search for your friend’s Epic ID to add them. They’ll then be visible and accessible through your friends list.

3. Once you’ve added your friends, you can now play with them by either hosting or joining a game. Joining them in a typical matchmaking game is easy. All you need to do is select their name in your friends list having added them, and click join. You’ll then be placed in a lobby with your friend and other random cross-play-enabled players.

To get started with custom-hosted games, select play from the main menu and then custom games. Then select create private match if you’re setting up your own game or Join private match if it’s your friends doing the set-up.

If you’re joining a match, your friend will have a name and password to give you that’ll let you into the lobby. You’ll be prompted to enter this after you click Join private match.

If you’re the host, you’ll set this password as you create your game in the create private match tab. Simply hover over the joinable by tab in the menu, and select the option name/password. Here you’ll be given a prompt to set your own name and password to give to your friends.

If you’re setting up your own game, you’ll also need to pay attention to the other variables in the menu. These pertain to specifying what game mode, team sizes, and map you want for your match. Once you’re happy, hit Create Match and give your friends the password.

You can also change the team colors by heading to the Team settings tab, and the Mutators allows you to change the game’s core functionality in meticulous detail. This includes altering the physics, match length, ball type, and more. Once you’re used to setting up a basic game, have a play around!

So far as cross-play enabled gameplay, that’s all there is to it. Once you’ve checked that box, joining and creating games functions the same as it would without cross-play.

For those unfamiliar, LAN stands for Local Area Network. The feature enables you to set up a private match and play with friends on multiple consoles in the same building.

Brilliantly, Rocket League’s LAN functionality allows cross-play. Make sure each console is hooked up to the same Wi-Fi network, and simply use the create or join LAN match tabs to create or join a match in the exact same way I detailed above.

For the most part, cross-play with Rocket League functions the same as playing without cross-play. The only real difference is that the game doesn’t allow voice chat when playing with people on other platforms. Instead, you’ll need to use the text chat boxes to communicate.

Secondly, the game’s many platform-exclusive car skins may not be visible to players on other systems. A skin exclusive to the PS4 may be invisible to your friends playing on PC, for example.

Even in 2022, many games only allow partial cross-play — only two systems at once might be supported, or certain systems may be locked out of playing with another specific system even if the feature works between most others. Thankfully, the best feature of Rocket League’s approach to cross-play is its flexibility. You can play with any number and combination of players on different systems without limitation.

Having said this, you won’t be able to use cross-play with split screen modes. Split-screen play is its own entity, so two players using split screen cannot jump into a traditional multiplayer match and utilize cross-play.

Rocket League may well be the most famous choice for multiplayer cross-play, but these days, there are a lot of other great games that use the feature. Here are some notable examples!

Naturally, Epic’s Battle Royale behemoth uses cross-play to full effect. So long as you have your friend’s Epic Games ID tag, you can jump in with them on any game mode.

Among Us was released in 2018, but it shot to prominence during the pandemic when the popularity of online gaming soared. Being both a popular mobile and PC game, cross-play was critical to the game’s success, and it now supports a wide range of platforms.

Any FPS that was around in the 1990s will remember Quake, and while it was purely a PC affair back then, these days you can play it on virtually any modern system. Cross-play between those systems is now fully supported, and the game has also recently been treated to a stunning visual remastering.

There aren’t many multiplayer shooters as popular as Overwatch, and with teamwork being a huge part of succeeding in the game’s colorful arenas, you’d better hope you can bring all your friends along. Thankfully, the game supports full cross-play across all modern systems.

Question: What Platforms is Rocket Leauge Currently Available On? And is There a Best Platform to Play it On?

Answer: Rocket Leauge is currently available on PS4, PS5, Xbox One, Xbox Series X/S, PC, and Nintendo Switch. The notion of a ‘best’ platform to play the game on is a subjective matter, but the main difference between them will be the graphical fidelity.

The PS5 and Xbox Series X/S versions have recently been upgraded to feature higher resolution graphics, and the same qualities can be achieved on PC. The game still runs smoothly on PS4, Xbox One, and Switch, though.

Question: Will Rocket League be Coming to Mobile Platforms?

Answer: As of yet, the full version of Rocket League is not available on mobile. There is currently a free-to-play spin-off game available called Rocket League swipe, but the game garnered a relatively low critical reception. Perhaps in the future, we’ll see a port of the full game.

Question: Are Players Generally of a Different Skill Level from Console to Console?

Answer: This is a common question that crops up regarding cross-play on any game due to differences in control modality — but it’s a non-issue in Rocket League. Most people use a controller, but there’s no real discrepancy between that control type and keyboard and mouse anyway.

We hope this guide got you up to speed on using cross-play in Rocket League. This game is one of the best social titles you can play today, so go score some killer goals! 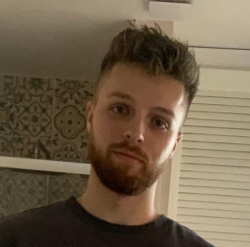