Welcome to the best place to learn about Terraria’s Wormhole Potion! This potion is perhaps one of the most useful potions in the game, but only if you’re playing multiplayer. In this wormhole potion Terraria guide, we’ll see how unlike all of the other potions, this one will not help or have any use for people who are playing by themselves.

This potion can be crafted by combining Bottled Water, Specular Fish, and Blinkroot while standing next to a potion crafting table. It can also be dropped by a pot or a slime in a multiplayer world. Having one of these potions in your inventory will allow you to click on a teammates icon on the map, causing you to instantly teleport to them.

What is a Wormhole Potion, And Why Do I Need One?

Terraria has a huge assortment of potions that have unique effects. The Wormhole Potion is no exception to that rule! It allows the player to teleport to their teammates. Why is this useful? Someone who has fought a boss with their friends would know that sometimes things don’t go as planned, and players perish.

If a player dies, they will respawn back at the home base, or wherever they slept last. Without a wormhole potion, the respawned player would have to trek back to their teammates and back to the battle.

By then, it’s likely that the boss has overcome the remaining players and has disappeared triumphantly. That’s exactly why the Wormhole Potion is so useful! It allows players to get right back in the action, as long as one teammate is still alive.

How to Obtain or Craft These Potions 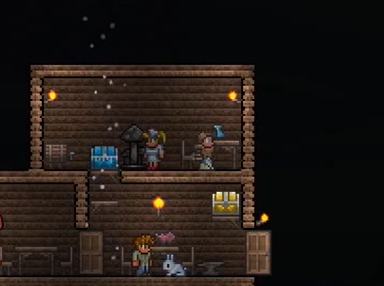 There are two ways of obtaining the Wormhole Potion, you can either craft it or loot it. Let’s discuss the latter option first. Something you have to keep in mind is that the potion can only be dropped by enemies when you kill them on a multiplayer server. You won’t be able to play singleplayer and obtain this potion from a monster drop.

The far more reasonable way to obtain these potions, especially in greater quantities, is to farm the materials required to craft them. Here’s a quick guide regarding obtaining each of the necessary ingredients to create the potion: 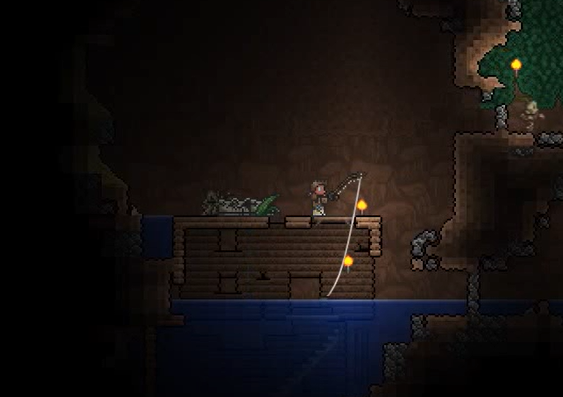 This can be obtained by fishing in a forest, jungle, or snow biome. You have to keep in mind that you must be in the Underground, Cavern, or Underworld layer to catch these fish as well. Simply grab a fishing rod and cast it into the water. You won’t always get a specular fish, but eventually, you’ll have lots!

This can be found growing out of dirt or mud blocks at any depth but is most commonly found in the Underground layer which is directly below the surface. Once you find one, you can harvest it to obtain Blinkroot seeds.

You can use these seeds on dirt blocks to grow more blinkroot. Since each blinkroot drops multiple seeds, each harvest will effectively double or even triple the size of your farm. Before you know it you’ll have more blinkroot than you know what to do with! 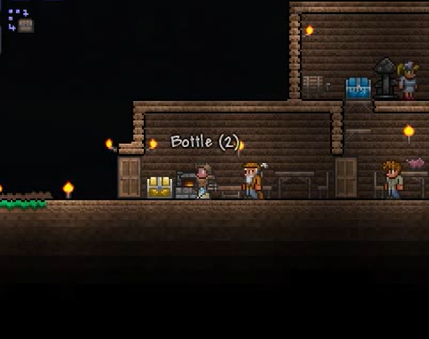 Bottled water requires a few more steps. First, you will need to collect some sand and bring it to a furnace. That’s what will let you convert the sand into glass and then the glass into bottles. After you have your bottles, head over to a water block, or a sink, and fill it up!

Once you have all three ingredients, hopefully in relatively large quantities, you can craft yourself a Wormhole Potion. This is done at the potion crafting station which can be created by placing an empty bottle on top of a table.

Ideally, you will create all of your potions in large batches because it will become annoying to constantly gather materials and have them all in your inventory. I recommend making a lot of them and storing them. Work smarter, not harder!

Question: Are there any other items that allow me to teleport to a player?

Question: How many of these potions can I have in my inventory?

Question: Are these potions worth the effort?

Answer: Well, that depends, do you plan on dying during a boss battle? Are you playing multiplayer? If the answer to either of those two questions is yes, then you should keep some with you at all times. If not for boss battles, it helps to traverse the world, especially when one of your teammates finds something interesting far away from you.

Question: Are there other useful potions in Terraria?

Answer: Yes of course! Some potions help you find treasure, regenerate health, become invisible, reduce damage intake, conserve ammo and so much more! We will endeavor to cover more of these items in the future, so stay tuned for more posts!

A lot of players avoid potion crafting in Terraria and prefer to find the potions organically. While every style of gameplay is valid due to Terraria’s sandbox nature, the strategies outlined in this post and our other posts will help you become proficient at Terraria.

These potions are incredibly useful, and yet they’re not to the most useful potion in Terraria. Stay tuned for more articles covering potions in Terraria. 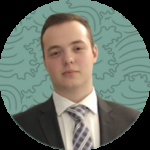 Viktor Zimine
Viktor isn't just an indie game nerd, he's an Indie Game Dev based out of Toronto, Canada. So he knows what it takes to create a game from scratch, and what it takes to stand out in a saturated field of hidden gems. He has an unhealthy obsession with Terraria, and when he's not writing or playing, he's usually working on developing his next indie project.