FTL is a Classic

FTL: Faster Than Light came out ten years ago, but this is the first time I have played it. I wasn’t sure what to expect, and I was very surprised by how much fun it was! I would recommend this to anyone who likes roguelikes or strategy games.

This Faster Than Light review was a hard one for me. Like many roguelikes, FTL has about an hour or two of content, which gets extended by having a gameplay loop based on dying and starting over. Like other games in the genre, a punishing difficulty somehow keeps me playing.

The game is a bit of a throwback to games from the 90s and came out when indie games were gaining popularity. I didn’t know anything about the game when it first came out. Now that I’ve played it, I can see why it’s such a good game.

Bottom Line Up Front: I think this is a great game! I strongly recommend this to people who like either roguelikes or strategy games.

Easy to Play, Hard to Master

Strategy games like this are a joy for me to play! I love thinking about how you’re going to get to the goal, what path will give me more resources to succeed, and trying to figure out why my carefully laid plan blew up in my face! It plays a bit like a Strategy-Roguelike if that’s a genre.

I kept thinking there was something familiar about the game. It felt like a computer game from the 90s, and it plays a little like a tabletop game. It sort of plays like one as I thought more about it. It created another level of familiarity to the gameplay.

The gameplay looks relatively simple when you first look at it. You have a top-down view of your ship, and the star chart is straightforward. Looks can be deceiving, though! I made the mistake of underestimating how much is to do in the game when I started.

Space combat is where the game makes you think. In the beginning, it’s pretty easy, and the chances of something catastrophic happening is rare. I say that, but I’ve had some weird stuff happen, especially when I started. Like when my crew couldn’t fix our oxygen generator in time because the room was also on fire, and everyone died! Which was my fault.

You have several systems you need to ensure are working on your ship. Even the systems which don’t seem necessary become very important when you can’t use them anymore.

These are just what the starting build has. You can also get drones, a hacking station which is my favorite system in the game, by the way, a teleport station to board the enemy ships, and cloaking devices. You might not end up with the same weapons or crew during each playthrough. It makes the game feel a little different each time.

Other playable ships can be unlocked. There are also variations to the initial design as well. Each presents its own challenges to the game. I unlocked one of them; I wouldn’t say I liked the initial play options. I also hadn’t been playing for very long, and I can see how I would change my strategy while using it.

The crew also plays into the game a bit. There are a few different races in the game, and they add some twists to the gameplay. One race might be immune to fire, a better engineer, a better pilot, or might be a better fighter.

The Federation vs The Rebels

The main narrative is straightforward. It feels a bit like an arcade game where you didn’t need to know the story to enjoy the game. You’re trying to deliver secret information to the federation fleet by traveling from one side of the map to the exit. This leads you to another star system, and eventually, you reach where the rebel and federation fleets are.

We don’t get much information on why the rebellion is taking place. There are some instances when you can talk with the rebels, but I didn’t pay much attention to what they had to say. The story isn’t that important to me in a game like this. FTL’s gameplay is what carried me through this.

When I first started playing, I thought things were small. I don’t have good eyesight, so this is probably won’t be a problem for most people. Like most strategy games, everything you need is right in front of you. There is also an excellent tutorial to introduce you to the basics.

From a graphics standpoint, this reminds me of a few games I played back in the 90s. Your crew appears as a few pixels, and the ships look great! I felt like I was playing a game I would have played in high school when I should have been paying attention during computer class.

When things blow up, it’s oddly satisfying. I’m not sure what it is, but I like how the ships slowly break apart and then explode. It looks good when things catch fire or a hull breach.

It’s also easy to tell when one of your systems has gone down. The icon which represents it turns orange, I think it’s orange, and when it goes down, it turns red. You can also see this by looking at the status bar on the bottom of the screen.

A Simple Game to Pick-up

For the most part, the User Interface was easy to use. Once you go through the Tutorial, which was quick and very helpful, you’ll get the basic controls. EVERYTHING I LEARNED WAS GONE once I got into combat, and I struggled to figure out why my weapons lost power! Then my shields lost power, next was the oxygen generator, and finally, my ship blew up! After a short mental funeral for my crew, I restarted.

After a few attempts, I got the hang of it. I wish some of the text were larger, but aside from that, I thought the controls were easy to learn and difficult to master. I know that phrase might get overused, but I think it works in this case.

FTL plays like a Roguelike in that you fail and try again. Each time you restart, the map resets. You get different quests, the shops sell different weapons, and the star systems change. This can be annoying, but it makes the game stand out in the strategy game genre.

With each playthrough being different, you experience a new set of challenges.

With FTL being in two genres, I found it a little hard to figure out what games I could recommend. I included some roguelikes and strategy games.

Even After Ten Years This is a Great Game

FTL is an entertaining game! For a ten-year-old game, it’s still a lot of fun. There were moments in the game where I was frustrated, but it only made me want to do better next time. I felt like I was playing a game where you learn by trying. You keep trying new things until something works.

The graphics were simple and fit with the style of the game. Each time I played FTL, it felt new and different. The gameplay was frustrating in a good way. If you’re into roguelikes or strategy games, then FTL is for you!

Being a roguelike, there are no continues. Once you die, you can either restart the game or go back to the hanger and choose a different ship if you have unlocked one. You can save your game so you can load a previous save point.

The random events can make the game very hard. If you’re not patient, the game can be frustrating as you will most likely have to restart many times before you beat it.

Each playthrough is different. You get a different experience each time which I like. While you’re trying to accomplish the same overall goal, the path to get there is different.

Answer: No. It’s available on Steam and iOS.

Answer: No. It’s a single-player game. It doesn’t look like a multiplayer mode is being worked on.

Question: How many playable ships are in FTL?

Answer: There are up to 200 playable ships including the layout variants for each ship. 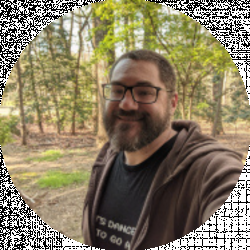