Terraria’s cross-play capabilities are slim at best. 11 years after its release, Terraria does not allow cross-platform play between any powerful consoles on the market. The only way to play cross-play with friends is to use the mobile versions on ios or Android.

What is Cross-Play or Cross-Platform Play?

Cross-play is the ability to play between consoles on different online infrastructures. Playing with a friend on Xbox while you play on Playstation, for example.

The video game industry is seeing a rise in the want for cross-platform accessibility. This doesn’t mean that you’ll be able to play Halo on your PS5, but it will allow the online modes of most major cross-platform AAA games to be played across all platforms.

It seems like an easy fix, right? Especially for a game like Terraria that has been on every platform imaginable for over a decade, but it’s not as simple as it seems.

Terraria is not alone in this plight. Many games cannot allow players to play together if they are not on the same platform because of the physical hardware or network limitations.

In Terraria’s case, I’ve seen many reasons why cross-play isn’t possible, but the most concrete examples I’ve seen are the controls and possibly the servers used by each console.

In terms of hardware, it is easy to see why Terraria cannot make the jump to cross-platform play. There is no consistent set up between all systems, from keyboard to touch screen to controller.

This would make it extremely difficult for someone playing on their Playstation Vita to interact with a mouse and keyboard user.

Because of the hardware limitations of each system, this may place a limit on the server capabilities. Terraria uses its own internal servers embedded into every copy of the game you purchase.

This limits the server’s capabilities to the console you are playing on, in turn making your console the active server as opposed to an external server base.

This only allows online play between consoles with the same online infrastructure. So if you are playing on an Xbox 360 and want to play with friends on an Xbox Series X, that’s totally fine!

All the parameters are met. Same controls, same online infrastructure within Xbox Live, you’re good to go! However if you wanted to connect your Xbox to a friends Playstation, due to the different online infastructure and controls, this would not be possible.

The New Kids on the Block

Mobile gaming has become a massive industry since the rise of the touch screen based smartphone. It has become one of the most enormous gaming markets, and Terraria is no stranger to the cross-platform capabilities of the Android and ios based systems.

The mobile realm is the only place where you can play Terraria cross-platform without having to mod your game. Android users and ios players can play together by selecting the “multiplayer” option in the main menu.

I guess why this version of the game is so easily adapted to cross-platform play is that Terraria uses your system as a dedicated server, using the power of cellular and wifi connectivity. There are no online-based infrastructures locked behind a paywall to get in the way of connectivity.

Now, there is a way to get cross-platform play between PC and mobile users. But, fans have created dedicated cross-play servers to support interconnectivity between the two platforms.

To access them, all you have to do is go to one of the many websites like…

Go to the “multiplayer” option on the main menu of your Terraria game, select “join via IP,” choose your character, type in the IP for the server, and you’re ready to party!

These are not supported by the original developers of Terraria, Re-Logic, but I say if they won’t build it for you, build it yourself!

Unfortunately, PC to mobile is the only type of cross-play allowed, even with mods, so console users, you’re out of luck.

Question: Does Terraria Have Cross-Platform Play?

Answer: The short answer is yes, BUT only between android and ios. There is no cross-play option between consoles or PC. You can play within your specific platform so that PS4 can play with PS5, Xbox 360 with Xbox Series X, etc.

The devs have spoken out about wanting to support cross-platform play, but when that will happen or what it will look like is still up in the air.

Question: Does Terraria Have Cross-Platform Play from PC to Mobile?

Answer: Well, sort of. The modding community has created dedicated servers that can connect a mobile device and PC to run Terraria games.

There are dedicated websites like https://terraria-servers.com/tag/cross-play/ that allow players on both systems to cross-play. None of the servers are created or maintained by Re-Logic.

Question: Will Re-Logic Support Cross-Play for Terraria on Other Systems?

Answer: Re-Logic has said they will be adding continual updates to Terraria, so there is a possibility for more widespread cross-platform integration. Re-Logic has had no official statement about supporting cross-play on a bigger scale than just mobile.

Terraria is a unique 2D sandbox adventure game that is a grand old time when shared with friends. Unfortunately, You can only play it with friends within your same online infrastructure. 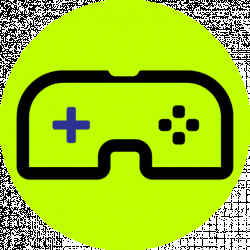 Indie Game Culture Team
We, the Indie Game Culture Team, are a dedicated team of writers who are certified indie game buffs. We have spent well over 10,000+ hours each playing indie titles. We spent thousands of hours reading and absorbing indie game content. We have spent hundreds of hours in digital storefronts in search of hidden gems. We know our way around a controller. We are verified experts and masters of their craft! We are always looking out for the next pixellated masterclass.