Temmie is wonderfully strange. Between her boundless joy and wacky antics, it’s hard not to grow fond of the lovable, slightly ominous cat/dog monster. However, despite her quirky personality, Temmie is relegated to a single room and is easy to miss on a first playthrough.

In this Temmie Undertale guide, I’ll review how to fight Temmie and access the hidden area of Temmie village. As a bonus, I’ll detail how to send the strange cat-dog hybrid to college so we can purchase the game-breaking Temmie armor.

Bottom Line Up Front: Encounter Temmie in the glowing mushroom area of Waterfall. Access Temmie village through a secret passage in the same room’s bottom right for hilarious interactions and powerful armor.

An adorable cat/dog monster hybrid with a quirky personality, Temmie is easily one of the more beloved characters of Undertale.

Rather than fight us to free the monster race or show off her muscles, Temmie’s attacks are ill-fated attempts to pet our “CUTE” soul that triggers our allergies. Overall, dying to Temmie means sneezing ourselves to the grave!

While she’s native to only a single section of Waterfall, she has two highly memorable songs, an entire village full of Temmies, and a ridiculous shop. Temmie arguably has more work put into her character, home, and dialogue than any other common mob in the entire game.

Based on a True Temmie

Funny enough, Temmie’s character draws inspiration from a real person, one of the leading artists behind Undertale: Temmie Chang.

Temmie’s design and the entirety of Tem Village are a homage to the hilarious artist with plenty of well-placed jokes meant to praise/roast the eminent artist. I highly recommend checking out her free game Dweller’s Empty Path, if you enjoy the character’s humor and art style.

Temmie is a lightly-armored waterfall enemy exclusive to the glowing mushroom area. While we can spare her with several tactics such as lowering her health, talking to her, or feeding her temmie flakes, well-equipped players will generally find little issue resolving fights with Temmie.

Despite her low attack value, Temmie’s two attacks can prove challenging to dodge for players struggling with Undertale’s combat style. I suggest entering into battle with at least 10 HP to spare or fleeing if your health is too low; a save point is a room away.

However, players intent on battling Temmie can apply a few tactics below to make quick work of the cat/dog creature.

Walk the Dog – Temmie’s first attack consists of a long-legged version of her walking across the screen. I advise walking in her direction rather than letting the legs impact us.

Unfortunately, temmie tends to walk off the screen, turning this into an undodgeable attack, so make sure you have at least three health before each phase.

Spiral Inwards – Temmie’s other attack consists of a giant paw chasing us across the screen like a retro arcade game. I recommend spiraling inwards to avoid the appendage and give us enough room to maneuver. It’s easy to lock ourselves in a corner if we cut straight across the screen and take continuous damage if we’re reckless.

Don’t Flex – Rather than please Temmie, flexing spawns an Aaron and compels Temmie to leave in disgust, forcing us to battle Aaron instead. Aaron’s attack patterns and damage are more difficult to confront than Temmies, so I recommend refraining from this action in combat.

How to Find Temmie Village

Starting from Waterfall’s save point North of the garbage dump and South of Undyne’s house, head right until you reach a set of glowing mushrooms.

This puzzle consists of interacting with glowing mushrooms to illuminate the path below and find the room’s exit. While the game expects us to exit to the room’s upper right, we’ll look for an invisible path leading to the room’s bottom right.

Succeeding in navigating the room’s layout deposits us into a colorful location with several Temmies decorated with amusing props.

After heading through the invisible path, we’ll find ourselves in the silly land of Temmie Village! From the absurd music to the wacky interactions, Temmie Village offers a delightful reprieve from the gloomy atmosphere of Waterfall.

Even if we aren’t interested in a temmie trying to hatch a hard-boiled egg or a dancing mushroom that judges us for our sins, Temmie Village also offers a unique shop that sells special items!

Proceeding into the marked-out version of Temmie Village leads us to the Tem shop. Besides listening to the Temmie merchant’s quirky dialogue and a remixed version of Dogsong, the Tem Shop is the only in-game area where we can sell our items.

Don’t be fooled, however; while most of the dialogue and items sold are essentially useless (i.e. we can buy Temmie flakes that restore 2 HP), Temmie also sells the most powerful armor in the entire game. While acquiring this armor is a hassle, players intent on removing Undertale’s challenge can follow the below steps.

How to Get Temmie Armor

Before we begin, understand that the price of Temmie armor is very high (approximately 9999G plus a 1000G fee for Temmie’s tuition), and acquiring the armor primarily consists of grinding enemies for money. Still, if we’re determined to get the armor, we can have it in around 30 minutes if we’re willing to work for it.

Caution: While players struggling to get past challenging encounters like Mettaton or Asgore may appreciate the needed boost, this armor effectively eliminates any challenge from the game. I advise only purchasing this equipment if you are willing to forgo the challenge of combat.

Before we purchase the powerful armor, we’ll have to send our favorite dog/cat creature to college first. The price of tuition is 1000 for Tem to get a degree in Tem Studies, and funding her professional aspirations gives rise to a hilarious cutscene of Temmie “going to college.”

Step 2 Get Rich or Die Trying

After paying for her tuition, Temmie now sells Temmie armor at the outrageous price of 9999G. While most players won’t be able to afford the price outright, there are a few tricks we abuse to get rich quick or lower the cost of this valuable equipment.

As the title suggests, temmie offers a “SKOLARSHIP” that decreases the price of Temmie armor each time we die. Whether she gets a sick thrill from our repeated demise or pities our attempts at combat, Temmie drastically lowers the price, from 5000G after five deaths to 750G after 25 deaths.

If you already have 750G in hand, I advise equipping your most unprotective armor (ideally the faded ribbon), saving at Tem Village, and roaming just outside in the mushroom area until you encounter an enemy.

After successive deaths, the price of Temmie should be much more attainable, and we can grind enemies or sell our items to meet the cost.

If you’re unwilling to die a lot or looking to get the secret Flowey dialogue for abstaining from save points, you may prefer this more extended, safer method for getting rich.

To begin, we’ll have to head to the piano room near the rainy area in Waterfall and enter the first eight notes of Memory (dot, up, right, dot, down, dot, down, right). Succeeding in entering the notes opens up the room to a powerful artifact.

However, before we can open the artifact, we’re informed that we have too many dogs in our inventory. Examining our inventory reveals a sleeping “annoying dog.” Upon using or dropping the dog, the annoying dog leaves our possession, absorbs the artifact, and leaves some dog residue in place.

While this substance seems worthless, we can duplicate the residue by using it, causing our inventory to fill with dog residue and salad, and sell it to Temmie for free G.

Although this method may seem like an overpowered way of making money, the low value of dog residue (1-4G) makes this an extremely time-consuming process). I advise this method only if you’re looking for a safe, albeit slow, way to make money.

After purchasing and donning Temmie armor, we can fearlessly charge into any combat encounter. While we can still take damage, Temmie armor reduces incoming attacks to 1 point of damage, making us nearly invulnerable to most foes. With a plethora of healing snacks at hand and making use of save points.

Note (Spoilers): Temmie armor is unavailable in genocide playthroughs, so players still struggling against Undyne and Sans must defeat them without this precious armor.

The buff, horse monster makes an appearance in Temmies battle encounter if we choose to flex, immediately causing Temmie to flee, claiming that muscles are “not cute.”

While Aaron seems to harbor no ill will towards Temmies, Temmies’ reaction suggests that the horse creature repulses her, going so far as to leave combat to escape his presence. However, whether Temmie harbors resentment toward the horse creature or merely his act of flexing is unknown.

Gerson is one of the few characters besides the boatman to acknowledge Temmie’s existence, claiming that we should look for Temmie village if we want to sell our stuff.

While this interaction isn’t enough to suggest that Gerson and Temmie are friends, the old turtle monster’s knowledge of Gerson implies that the two are vaguely aware of each other.

A framed picture of the annoying dog in the Tem Shop suggests that the two monsters are friends.

However, this may be a nod to the fact that both characters are representations of the creators of Undertale (i.e. Temmie = Temmie Chang, Annoying Dog = Toby Fox) and are friends in real life. Besides this sentimental picture, there is no other dialogue to suggest the two dog-sized creatures are close.

Question: What is Temmie?

Answer: Temmie is a cat/dog hybrid monster native to Waterfall’s glowing mushroom area. With an absurd personality and an abundance of hilarious dialogue, Temmie is a hilarious creature to befriend.

Question: Where is Temmie Village?

Answer: Temmie Village remains Southeast of the first glowing mushroom area of Waterfall. Following an invisible path at the room’s bottom right leads to the fantastic homeland of Temmiekind.

Question: Who is Temmie based on?

Well done, human child! We’ve located one of Undertale’s most hilarious hidden areas and made a new furry friend. From her wacky, nonsensical dialogue punctuated by ominous threats, Temmie offers a delightful retreat from Undertale’s heartbreaking story into a land of pure absurdity.

From Temmie’s wild jokes to her delightful soundtrack and armor, it’s no wonder the character and area remain a treasured favorite. Though I never needed Temmie throughout my playthrough, I appreciate the increased accessibility for players struggling with Undertale’s challenging combat.

Regardless, I hope to have helped you discover more about this adorable creature and earned you a set of Temmie armor to brave future battles. Whether we intend to slay or befriend our foes, we can confidently charge ahead in nearly impenetrable armor! 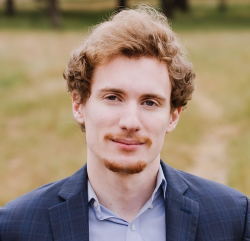