Myla is special. She is one of the only bugs in Hallownest that shows you how the kingdom used to look before the Pale King sealed the infection and fled. In this Myla Hollow Knight guide, we will see if we can cure Myla.

Meeting Myla in Crystal Peak for the first time is something that might catch your eye as something that just doesn’t fit in. She is a happy bug singing while mining happily still doing her job. She even asks you if you want to join her in digging and singing. She hears the crystals singing and whispering, saying that she spends so much time there that she might come up with some of her songs.

You can talk to her again before getting your first spell, Vengeful Spirit, and she will be exhausted (only after leaving the area and coming back will you get this dialogue). Once you get Vengeful Spirit, and if you didn’t talk to her before getting Vengeful Spirit, you will get the same exhausted Myla dialogue with her adding that she can feel something more powerful coming from the crystals. She mentions that you can get wealthy but that there’s something even more valuable just a bit deeper and that she can smell it – in the same way that Quirrel stated that the Black Egg temple gives off a unique air.

She invites you even just to sit there and sit there with her as she is singing and digging, so the Radiance doesn’t just come into reality through the minds of the bugs and in their dreams. She seeps into the Crystal Peak even before you defeat the Broken Vessel and return to the now Infected Crossroads, previously being the Forgotten Crossroads.

The song she is singing seems dark at first sight, but after she remembers the second verse after getting closer and closer to the infected blobs behind the crystals she is digging at, it gets even darker. She asks if you’re surprised that she remembered the second verse.

She is singing about burying a knight with her broken Nail – maybe suggesting at your broken Nail and the others that had come before you to stop the infection from spreading. You see vessels killed by Hornet, husks, or other beings around Hallownest. The vessels are genderless, and Hornet is a girl. Team Cherry is very vague with their lore, but Myla remembers the words to her favorite songs as she is becoming infected. She might be singing about Hornet killing the vessels with her Needle. We will never know.

The closest thing we have to a priest that Myla is singing about in Hollow Knight is the Moss Prophet, who is infected from the first time we see him in the game. The Moss Prophet speaks of the radiant being who blessed them with the light, rays, and warmth that filled them. He says how Halllownest is born again, just like Quirrel thought he got to Hallownest when the kingdom came to life. After most of his memory returned, he realized that it destructively came to life, but it did come to life through Radiance and that life was a new one after the Pale King left.

The Pale King gave the freedom of mind to the bugs of Hallownest, and Radiance gave them the memory of her that they traded in for free will. That memory is the infection created by Radiance as an act of revenge. The Moss Prophet says that Hallownest is united again in your (the Radiance’s) blazing image.

It is apparent that he is talking about Radiance because he is infected when we see him, and Radiance already got his mind: “Light is life, beaming, pure, brilliant. To stifle that light is to suppress nature.” The tattered gown also makes sense as his gown is old leaves.

The thing he is preaching now is: “Blinding…Rising…Never be empty”. When he is fully infected, he doesn’t speak, you can just Dream Nail him, and he will say, “…Blazing…Bright…”. We know that the Radiance doesn’t want the genuinely pure vessel to arrive.

We understand that the Hollow Knight wasn’t a pure vessel even though he was made only of Void and his outer shell. He might have gathered some feelings toward his father and teacher, the Pale King, so we know that the vessels can get feelings as well. The Broken Vessel that triggered the infection in the Forgotten Crossroads (the Infected Crossroads) wasn’t a pure vessel.

Hornet is there to keep everyone with the Radiance’s intention of breaking the seal away from the kingdom and the temple of the Black Egg; she is also one of the two NPCs that knows that they’re in a dream in Godhome. So we know that many came and caved to the infection, but you, the Knight, are the one that becomes the true next Hollow Knight prolonging the stasis or the Lord of Shades in Godhome.

Want to know more about the Godhome? Here’s our comprehensive Godhome Guide.

We can assume that everything in the Kingdome, wherever it started and how it spread, came from Radiance and was implemented into the bugs and vessels of Hallownest in one way or another. The Moss Prophet might have been the proxy too.

The “white lady, lovely and pale” and the “beggar” with the shining crown are probably the White Lady and the Pale King. She sings about burying them all. The first verse was dark, but we can assume what she was singing about with the second verse. The Radiance calling the Pale King “the beggar” also made sense as he did come there and gave the bugs free will, so this might be out of malevolence.

Her mother’s “pale and slight” means her mother is minuscule which with the way that the White Lady is sealed in her house with corrupted eyesight can be reasonable if you look at the song like the Radiance contributed to it – speaking so low and without respect towards the Pale mother. Myla isn’t necessarily singing about her mother. The white lady can also be seen in the Godhome being huge, so that could be a reason why such a powerful being sealed herself away in her house.

The part about her father now makes sense as well. The way his eyes are shut tight might symbolically be referring to how the Pale King fled after the infection started to spread, leaving the kingdom without a plan B. Burying her sisters in the first verse and then burying herself when the sisters are done can be about the other miners and her being the last one. She is the only one digging in the infected area alone.

The Tragic Faith of Hallownest

The other bugs heard Myla and probably sang the song as well, but we don’t know what other bugs in Hallownest did. We know that both Bretta and Sly have their old memories and that both were, for some reason, drawn down to get lost. We find them both asleep with Sly asking: “how much deeper do we have to go?”; and Bretta being scared and left alone again.

The sad and stirring part comes when you realize she is succumbing to the infection as well. After you defeat the Soul Master she starts showing signs of being infected. She will start losing her mind, literally, and she’ll just be there trying to sing while leaning back and forth. Remembering the old Myla, this gives you a look into how all other bugs became husks. 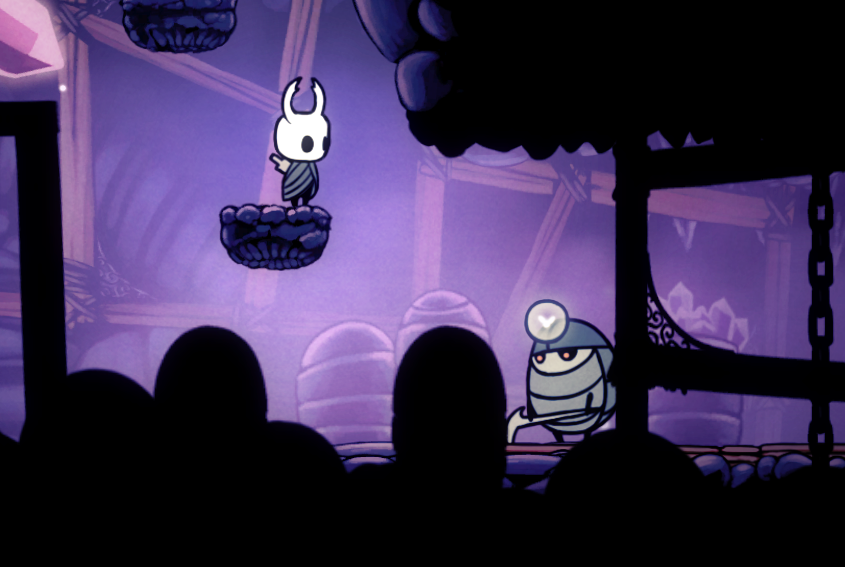 Myla said she was always in the mine digging without sleeping, but the Radiance became too strong. Bugs fall asleep and wake up husks; there are many that you save before they forget who they are, like Bretta and Sly, but something is different with Myla. The crystal she is digging at is different than any other in the game.

Behind the deep hole she dag was the infection that somehow percolated in calling her to dig further that way. There is no entrance or anything behind that wall that you can reach at any point in the game, just the orange light that isn’t present anywhere else in the mine.

After defeating the Soul Master, She starts saying “bury my body and cover my shell”, mentioning that there is no point for her to be here until there is light, but there she is. She says she’ll wait there forever until light blooms again. Dream Nailing her here will show how her mind has been altered, with parts of the dialogue being “KILL IT… how much longer… DANGEROUS… KILL THE EMPTY ONE”. Myla doesn’t know that you are hollow and empty or that you are a vessel. The saddest part is that the dialogue ends with “…how much longer…must I dig…?” almost like how sly said “how much deeper must I go?”

When you get the Crystal Heart upgrade, the long dash, Myla turns into a husk, and the only way you can distinguish her is by the lantern on her head. Her Dream Nail dialogue is the song playing in her head still. She will try to attack you, but she’ll be bad at it, making it even sadder. Let’s see what we can do to save Myla.

Those who will accept it are the Traitors’ Child as a Spirit at his grave (the actual Delicate Flower quest recipient, needed to get the Mask Shard), the Elderbug, Nailmaster Oro, and the Godseeker. The Godseeker won’t accept the Delicate Flower unless you’ve completed the first two Pantheons. 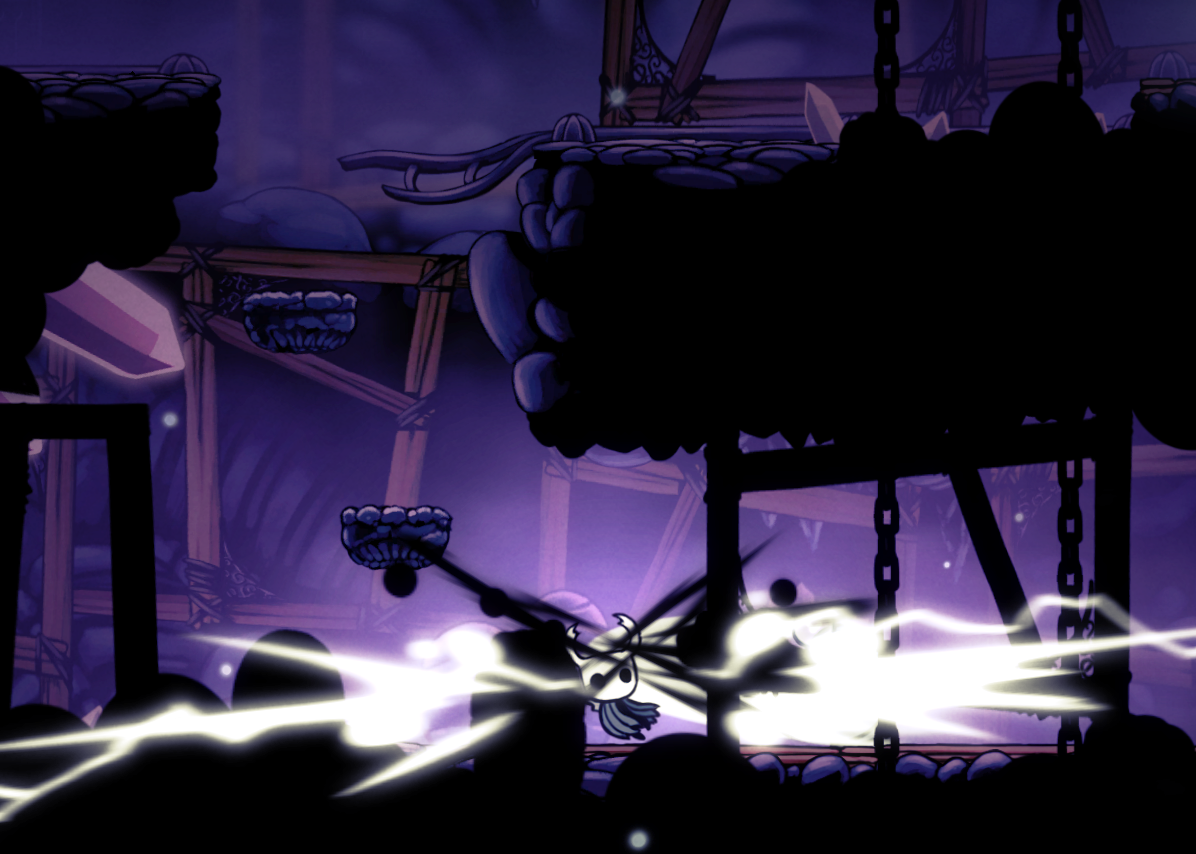 I went into the game, defeated Radiance, and she was still infected. Team Chery said that there is a happy ending but followed that up with a “…right?”

We all know that Team Cherry wants us to interpret the story differently, like with Quirrel. They said that they don’t know what happened to Quirrel, but we don’t know if there is ever a cure for the infection in Hollow Knight at all. Hollow Knight Silksong doesn’t take place in Hallownest, where the infection took place. We might find out.

Question: How do you save Myla?

Answer: I went into the game, defeated Radiance, and she was still infected. Team Chery said that there is a happy ending but followed that up with a “…right?”

Answer: The internet says no, but I went alt+F4 on that because we don’t kill Myla even in randomizers.

Question: What does Myla’s song mean?

Answer: The part about her father now makes sense as well. The way his eyes are shut tight might symbolically be referring to how the Pale King fled after the infection started to spread, leaving the kingdom without a plan B.

Tamara Hrnjacki
Tamara is a writer and a lover of all arts who was always drawn to pieces built with evident emotion. Sharing those feelings and evoking the desire in other people to lean towards understanding the deeper meaning beyond the surface became her passion. The thing that she found combined all of her favorite art components into one were video games. Games made by people passionate about their work; games that stir emotion with small details and push you to develop a love for the characters, feel for them, and feel what they feel. She considered herself an old-school gamer before playing Super Meat Boy, The Stanley Parable, and Don't Starve. She thought that the age of video games was ending with almost no original content, but a revolution had already started.
Latest posts by Tamara Hrnjacki (see all)